A few days ago i started teaching myself Angular 2, which is the successor of the popular frontend web-framework AngularJS 1.x. It is still in development and only released as a beta and the developers at Google recommend to not use it in production yet. But I’m sure it will come some time in the near future so why not take a step ahead and already learn it now? As Angular 1 has become very successful and wide-spread for web-applications’ client side I have no doubts that Angular 2 will establish itself pretty quick too.

For those of you who are familiar with Angular 1 and have developed with it yet: according to what I’ve seen so far you will definitely need to take some time for learning Angular 2 – it is considerably different from the first version and got few major changes, at least in my eyes. Those changes include:

Also there are interfaces, import statements, a shorthand way for anonymous functions called “arrow functions” and many more. Before learning Angular 2 I really recommend to first learn JavaScript ES6 for which these two videos are really great.

Those where just some of the major changes I got so far. If you want to learn Angular 2 I recommend you the following resources: 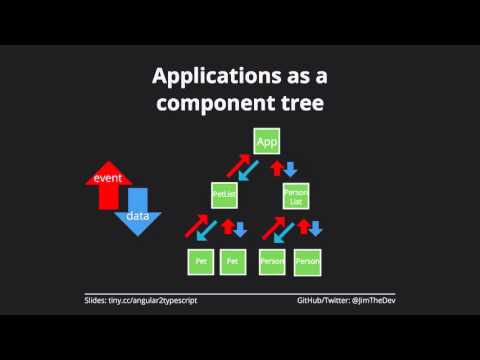 Being able to develop the brand new, fancy Angular 2 with the brand new JavaScript ES6 (which is so new that most of today’s browsers won’t even understand it and as a result it needs to get transpiled to ES5 at present) will definitely give you benefits in web development and also in finding a job in that sector – which is probably the fastest growing and most hyped one at the moment.