It has been a wild year and that applies to Wakapi as well. Now, that 2021 is almost over, I want to drop a couple of quite interesting statistics about Wakapi 🤓. 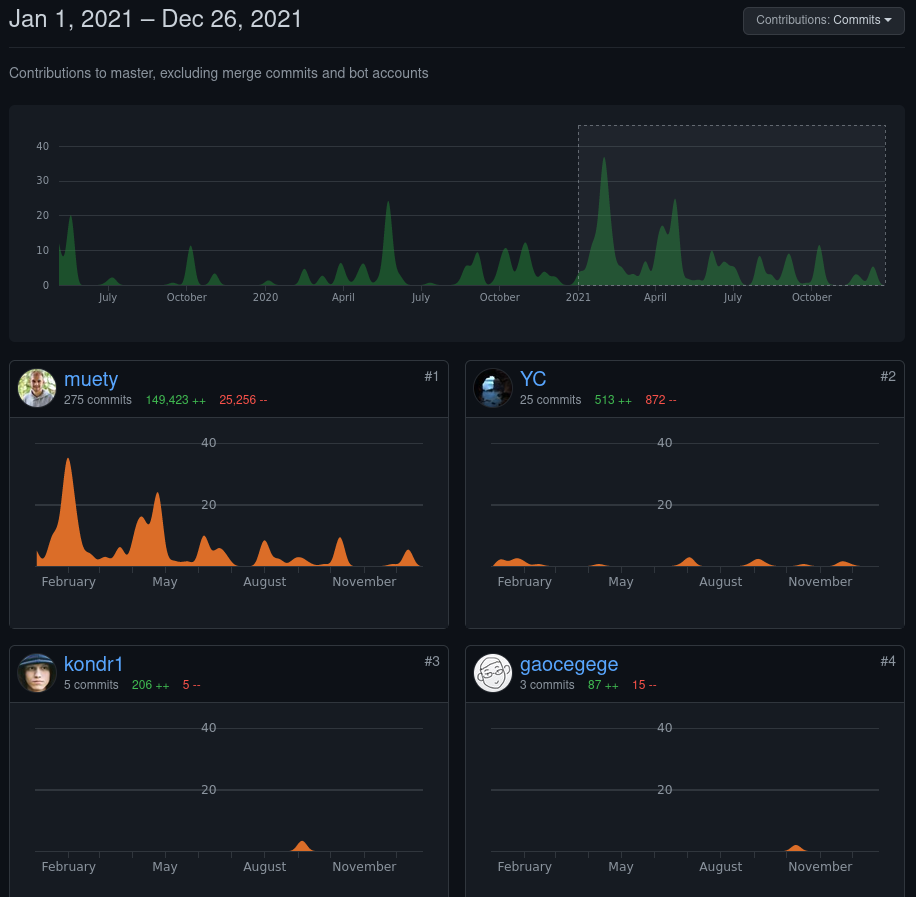 The Wakapi open source project itself did big steps forward, too, and the release of version 2 is just around the corner 🚀.

Thanks a lot to all contributors!

My personal coding stats look a bit different. I coded mostly in Java, followed by Go and VueJS. My total coding time this year is an astonishing amount of 899 hours (~ 5.4 weeks), which I spent 98 % of the time on Linux. My used IDEs are distributed more or less equally among VS Code, IntelliJ, GoLand and PyCharm.